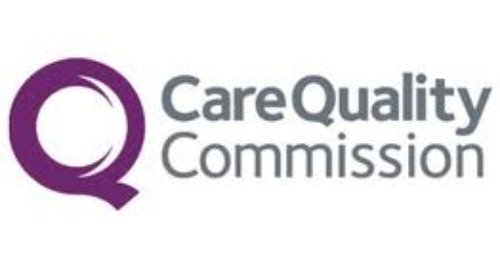 The Care Quality Commission has criticised a care home in Chelmsford for failings in the care it provides to its elderly residents.

When inspectors went to Broomfield Grange it was their second visit in the space of four months.

During their first visit they raised concerns around dignity and care.

In their report following the second visit, the inspectors say the home had failed to make "significant improvement" in those areas.

In their report following the July visit, the inspectors said they found care records were not detailed enough to show the individual needs for residents were planned for or delivered.

Individuals and their families were often not consulted about their care and what their needs were.

Inspectors also found people with more complex needs were not receiving the care and support they needed from staff with regard to grooming to maintain their dignity.

Their report says: "They looked unkempt, in some cases unshaven; some appeared to have a heavy growth of stubble of possibly more than a few days.

"Unless a person had gone to the hairdresser people's hair looked unwashed and uncombed and some people had long and dirty fingernails."

In one case the inspectors observed one person was left for more than eight hours without being washed, despite having asked to be cleaned and having a "scaly and sore?" scalp which they kept itching, "long and dirty" nails, "their eyes were weeping and crusty and their mouth was unclean".

This person had asked to have their hair washed and cut and that "they would willingly pay somebody to do it".

When the inspectors visited in April 2013, they found there was not enough qualified, skilled staff at Broomfield Grange but were told by the provider an action plan was going to be put in place to rectify this.

However, following the July visit the inspectors said: "At this inspection the acting manager told us that there was still a heavy reliance on agency staff.

"There was no definitive leadership or guidance for the staff team and agency staff were reacting to situations intuitively as they arose."

They found that many of the nurses were registered for looking after people with a learning difficulty rather than dementia.

In their report they said: "We heard people calling out. Examples included 'Please someone help me' another person was calling 'Why do they leave us on our own.'"

"Another person came out of their room into the corridor very distressed saying 'I want to go home - where is everybody? I want a cup of tea.'"

"The atmosphere was chaotic and there was a lack of organisation which led people using the service to become agitated and upset.

"These events demonstrated to us that there was not sufficient, skilled and experienced staff employed to meet the needs of people using the service and people's safety and welfare was at risk."

There was more positive news when it came to cleanliness and infection control. The inspectors said: "The provider has put arrangements in place to ensure the maintenance of appropriate standards of cleanliness and hygiene."

A spokesperson for the home's provider, European Care Group, said:

"I can confirm that we are working very closely with all the relevant authorities to address the areas raised in this report.

"Following the inspection in July we took immediate steps to make improvements and we will continue to ensure we make further improvements.

"The health and wellbeing of the people we support are our number one priorities."