Child Sex Offences In Essex Up By 20% In One Year 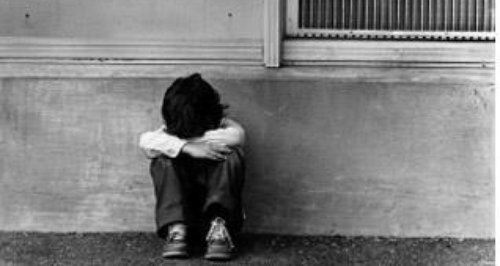 A charity claims the number of reports of child sex offences to Essex Police rose by nearly 20 percent in a year.

That works out as almost three reports a day.

It also claims there were 31,000 offences reported around the country during the same period.

The charity says it is down to more people feeling confident in coming forward and a greater focus on the issue by police forces.

"But we know this is still only a fraction of the true number of victims because some endure an agonising wait of many years before telling anyone - and others never reveal what has happened to them.

"It's time to throw down the gauntlet to government which has to ensure all sexual abuse victims get specialist treatment to help them recover. By the end of this current Parliament there should be no children living in the shadow of abuse."

The NSPCC will publish its annual report, How Safe Are Our Children?, today.

A Government spokeswoman said: "Children must be protected from the systemic and appalling cases of abuse we have seen in Rotherham, Rochdale, Oxford and elsewhere.

"That is why the Prime Minister hosted a Downing Street summit earlier this year to launch a package of new measures to better protect victims and survivors, bring more offenders to justice and ensure that those who are charged with protecting our children are held properly accountable.

"We have given child sexual abuse the status of a national threat so that it is prioritised by every police force, will shortly launch a new child sexual abuse taskforce and centre of expertise to improve local responses and we have provided £7 million funding to organisations that support victims.

"It is encouraging that police figures show more victims are having the confidence to come forward and report these often ignored and under-reported crimes.''

Last month the National Police Chiefs Council (NPCC) said they have seen an "unprecedented increase'' in the number of reports of abuse in the wake of the Savile affair.

Chief Constable Simon Bailey, NPCC national lead for child protection, said: "My assessment of the scale of child abuse chimes with the figures released today by the NSPCC.

"The service now looks upon child abuse very differently and victims can expect a professional response.

"As a result many, many, more victims have found the confidence to report abuse, knowing they will be treated with sensitivity and respect, that we will listen to them and that we will take their allegations seriously.

"Increased reporting means we are dealing with unprecedented number of investigations, however, I do feel that this is the tip of the iceberg.

"We have to balance the right of victims of previous abuse to justice with protecting children and the vulnerable now.

"We are working hard with our partners in education, health services, local government and the excellent support organisations to deal with this challenge, in which we all have an essential role to play. We would all recognise there is more we have to do.''