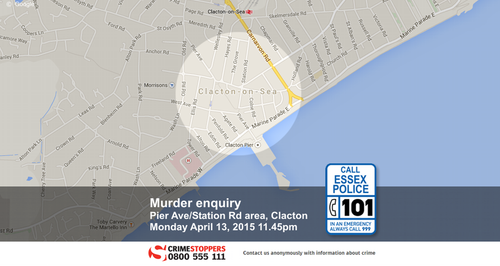 Police have named a 54-year-old man who died in Clacton on Monday night.

James Gregoire died after being stabbed on Rosemary Road just before midnight on April 13.