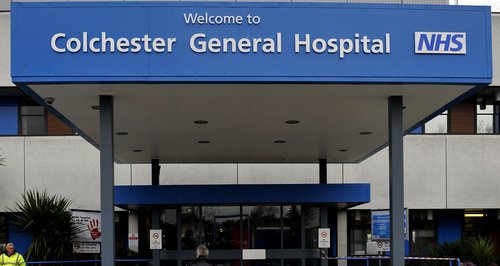 The Chief Executive of Colchester Hospital says he is "very disappointed" after the trust that runs it was rated "inadequate" again.

The Care Quality Commission has released a report into an inspection that took place in September and October last year.

The CQC says it found concerns over things like patient safety and staffing levels stating "staffing continues to be a serious problem; there were not enough staff on inpatient wards to meet the needs of patients and agency staff brought in did not always have the required skills or receive effective inductions. The trust was told to address this as a matter of urgency".

The report also states "Inspectors found longstanding concerns with the hospital's capacity; staff had to reassess bed capacity at least three times a day and pressure on surgical services meant routine operations were frequently cancelled. Some cancer patients had waited 100 days for treatment".

"There was a real lack of understanding and awareness of patient waiting lists in outpatient services which has placed patients at risk of harm.

"There were significant shortfalls of registered nursing staff in many areas which resulted in the high use of agency staff.

"There were also significant medical staffing shortfalls across many specialties from junior doctors to consultant grades. This was particularly evident at night and during weekends".

The report continues: "Improvements identified at previous inspections had not been undertaken. This included the service, maintenance and repair of equipment which was found to be poorly undertaken throughout the trust.

"End of life care provision had also deteriorated since with patients not receiving safe or effective care at the end of their life".

Professor Sir Mike Richards, the Chief Inspector of Hospitals, said: "Once again, we have found a number of serious problems when we inspected the services run by Colchester Hospital University NHS Foundation Trust. I am concerned that the trust has not taken sufficient action to address the requirements of our previous inspections and has shown only limited capacity to improve.

"While the staff have been working hard through many issues to drive improvements locally, their efforts have been affected by poor leadership and a high use of agency staff, some of whom are unsuitable in terms of their skills and knowledge.

"We found there was a disconnect between what was happening on the front line and the senior management team; for example the trust board seemed unaware of significant backlogs and patient safety concerns across outpatient services.

"The multiple changes in leadership have made many people lose confidence in the trust. It is clear that the trust cannot solve these important issues on its own, and will require continued support for the foreseeable future.

"The trust is now rated Inadequate for safety, effectiveness responsiveness and being well-led. This is extremely concerning, both in terms of the quality of care that people can expect from the trust, and for what it says about the trust's ability to improve. This situation must not be allowed to continue and we are considering, along with partner agencies, the best option available in order to improve services rapidly for the local population."

The "inadequate" rating means the trust remains in special measures, a situation that has been the case since November 2013.

CQC has told the trust it must make improvements in a number of areas, including:

In response, the trust's Chief Executive, Frank Sims, said: "I welcome today's reports because they provide an invaluable blueprint for the improvements we need to make to deliver the best possible care for patients, and for the Trust to be upgraded and taken out of special measures.

"When I walk around Colchester General Hospital and talk to patients, I see many examples of our hard-working staff delivering really good care.

"I want all of our patients to receive the best care possible and it is clear from today's reports that we've not been delivering that consistently.

"After the CQC inspection, we took immediate action to make real improvements - hiring more doctors and nurses, reducing the number of people waiting for procedures in areas such as dermatology, and introducing new levels of maintenance for equipment. As a result, complaints are starting to fall.

"There is clearly much more to do, but I hope that patients who are using our services are already starting to see improvement.

"I am confident they have the skills and qualities to set the organisation on the path to becoming 'Outstanding'."

You can read the full report here.