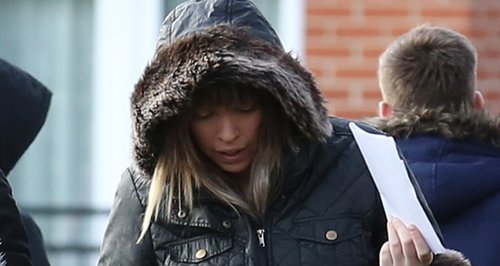 A young mum from Colchester who defrauded friends and strangers by claiming she was dying of cancer has escaped an immediate jail term.

24 year old Danielle Watson has been sentenced to 12 months in prison suspended for two years.

Her claims in local media got her donations, freebies and cut-price deals for her wedding worth almost 10 thousand pounds.

A young mother who defrauded friends and kind-hearted strangers out of thousands of pounds by claiming she had terminal cancer has escaped an immediate jail term.

Mother-of-two Danielle Watson, 24, courted publicity on social media and made local headlines as she announced she had late-stage cervical cancer to claim donations, freebies and cut-price deals for her wedding worth almost #10,000.

She gave regular updates on the treatment she was receiving and how her condition was progressing to continue the deceit, Basildon Crown Court heard today.

The then 21-year-old admin assistant even brought forward her wedding by several months to April 2012 so she could walk up the aisle before radiotherapy and chemo made her hair fall out.

But in fact she had minor surgery for a treatable gynaecological condition and had never been diagnosed with, or treated for, cancer.

Watson admitted six counts of fraud by false representation at an earlier hearing and appeared for sentencing today.

She sobbed in the dock as Recorder Gerard Pounder sentenced her to 12 months in prison suspended for two years. She must also carry out 200 hours of unpaid work in the community.

He said: ``You showed a supreme lack of maturity in the way in which you conducted your life.

``It is a great testament to the many people who dealt with you with supreme generosity because they believed you only had a short time left on this planet.''

He did not order she pay prosecution costs so that she can use the money to repay her victims.

Watson, of Rowhedge, Colchester, brought her six-week old son to court with her and wrote a personal letter to the judge expressing her remorse.

Rebecca Blain, mitigating, said Watson had only confirmed to her friends and family that she had told a lie on the day she pleaded guilty last October.

She added: ``The genesis of these lies was opportunistic when she was diagnosed with polyps and had to undergo a routine operation.

``She did this on a whim and did not think through the wider impact of those lies.''

Watson has access to a ``substantial lump sum'' and hopes to pay £800 a month back to her victims, Ms Blain said.