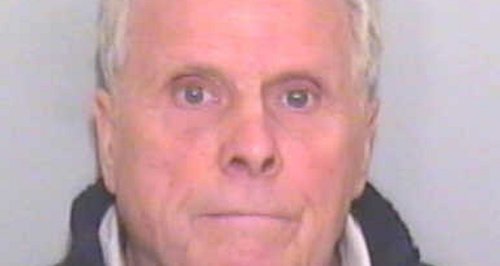 A 77-year-old man's been jailed for more than 14 years after being convicted of historic sexual offences.

Brian Fairchild from Gordon Road in Corringham, had denied six charges of indecent assault and one charge of rape.

But a jury unanimously convicted him at Basildon Crown Court on 30th April.

The crimes were all committed against a girl who was under the age of 14 between 1974 and 1984 in the Thurrock area.

He was also made subject of a sexual harm prevention order and indefinite registration of the Sex Offenders Register.

Dc Chris Sedgwick, of Braintree CID, said: "This has been by far the most challenging and difficult investigation I have dealt with.

"Fairchild refused to accept responsibility for his heinous crimes and put his victim through the ordeal of a crown court trial.

"The victim has shown tremendous courage in seeing this case through and to speak out against the man at whose hands she suffered for ten years.

"She has faced a lot of adversity to finally bring this to a conclusion, when all she ever wanted was to be believed.”

Fairchild’s victim, who cannot be identified for legal reasons, said: "This was a very difficult thing to do and I struggled at times, but after many years of support and counselling, I was finally able to speak to police.

"Essex Police and Dc Sedgwick have been magnificent and showed belief in me from the outset, never doubting my account, which for me was one of the most important hurdles to overcome.

"It has been very difficult for me to go through the court process but I was determined that my abuser would see justice for his crimes and I am glad this has finally been achieved.

"I cannot thank Essex Police and the courts enough for what they have done."