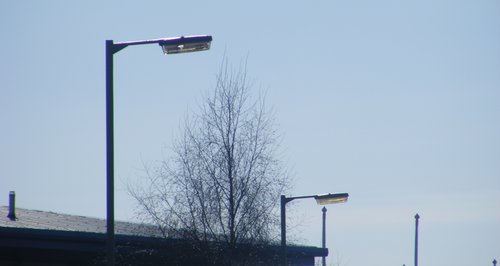 It has been announced a deal has been struck to keep streetlights in Harlow on overnight.

The streetlights were turned off between 12am and 5am by Essex County Council in March 2014 to save money and cut carbon emissions.

That was then amended to between 1am and 5am in March this year.

Back in February this year, Harlow Council had agreed to put council tax up by 1.5 percent in its 2015/16 budget to pay to keep street lights on.

The county council originally rejected those plans but now an agreement has been reached which will see Harlow Council pay nearly £106,000 a year starting from 25 October 2015.

Costs will be reviewed annually at the end of October for the next four years.

Under the agreement, Harlow Coucnil will pay for additional electricity and arising CO2 emisions with Essex County Council continuing to be responsible for the maintenance of the lights.

Councillor Jon Clempner, Leader of Harlow Council, said: "This is very good news for residents and businesses and the continued partnership working between the two Councils. I would like to thank the Leader of Essex County Council, David Finch, for his help with this issue, and I look forward to working with Essex County Council on other issues of local democracy, accountability and responding to local priorities.

"Keeping Harlow's street lights on responds to the genuine concerns of the community and businesses, and takes into account Harlow's needs as a urban town.

"Many shift workers walking to or cycling to and from work want to see where they are going and that is the same for the many people returning home from a night out leading up to or during the weekend. We know this will have a positive impact on businesses and that the fear of crime, particularly at night, will reduce for some of our older residents.

"I apologise to residents and businesses for the time this has taken to resolve.  Harlow Council pursued what the public had told us they wanted and I am delighted that agreement has now been reached.

"Our financial offer to Essex County Council, funded by a small Council Tax increase of around 7p per week per household, is not just a one-off that some other Councils have offered, but can be maintained in the future. Now the final detail has been resolved, this will be taken into account for next year's budget (2016/17) to ensure that the keeping on of street lights overnight is in our budget in the long term.

"We will also fully support Essex County Council on initiatives like trialling the use of LED street lighting to help reduce this cost."

Essex County Council Leader, Cllr David Finch said: "I am  pleased to share this announcement today with the residents of Harlow. I have worked closely with the Leader of Harlow Council and thank him for the joint approach to identify a suitable way forward.

"I have carefully reviewed Harlow's plan to finance the streetlights to remain on at night for at least the next four years. This is a good example of devolution in practice, where the county council is listening to local communities and identifying ways to devolve responsibility to district partners."