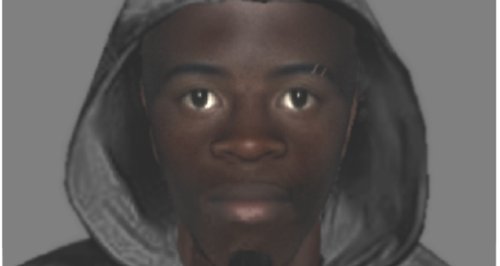 An efit has been released of a man police want to speak to over an aggravated burglary in Leigh-on-Sea.

It happened on Stonehill Road on Sunday, 15 November.

Essex Police said: "The victim, a 44-year-old man, answered a knock at the door at about 9pm on Sunday November 15. Two youths asked for someone who was not known to him. They then demanded money and attempted to force their way inside the property.

"As the victim closed the door, one of the suspects hit it with an axe, smashing a glass pane, before they fled.

"The man in the e-fit is described as black, aged 16 to 20 years old, 6ft tall, of slim build, with a goatee beard and was wearing a padded jacket.

"The other suspect is described as white, aged 16 to 20 years old, of slight build, between 5ft 8ins and 5ft 9ins tall. He had short, light brown hair and wore a grey hooded top and a black and grey scarf over his head".