Emergency stop-and-search powers have had to be enforced in Colchester after three men were stabbed and another was assaulted in the space of 15 minutes.

The attacks all happened in the town centre between 6.17pm and 6.31pm yesterday (Saturday, 5 March).

Essex Police said at 6.17pm it had reports of four men attacking another man in a car park off St Botolph's Street.

Then, at 6.22pm, an 18 year-old man from London was found with suspected stab wounds to his shoulder at St Johns Green. He was taken to hospital for treatment and was subsequently arrested on suspicion of possession of cannabis.

Five minutes later, at 6.27pm, a 21 year-old man from Barking was discovered stabbed in the leg on North Hill. He was taken to hospital for treatment and subsequently arrested on suspicion of violent disorder.

Finally, at 6.31pm, a 17 year-old man from London was found near the Jumbo car park at Balkerne Gardens having been stabbed four times in his arm. He was taken to hospital for treatment and subsequently arrested on suspicion of violent disorder, possession of cannabis and breach of bail conditions. 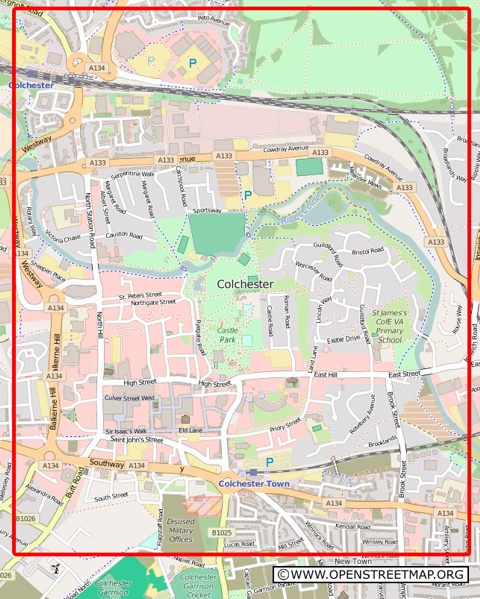 Police enforced section 60 of the Criminal Justice and Public Order Act 1994 which gives officers powers to search people for dangerous weapons without the need to have a reasonable suspicion.

Chief Inspector Anslow said: "The decision to put in place a Section 60 power is never taken lightly but we experienced a level of disorder in Colchester tonight that meant we had to take this option to ensure the safety of everyone in the town.

"This was very much a temporary measure while we carried out initial investigations into the stabbings to establish if they were all linked and the reasons behind them.

"We have already arrested three people for offences including possession of cannabis, violent disorder and breach of bail conditions.

"They all live outside of Essex and they will be questioned shortly once they have been treated for their injuries, which all include puncture wounds which are not life-threatening or likely life-changing.

"This is a rare situation in any town and we are using the full range of legal tools at our disposal to keep the overwhelming majority of people, who are just out for a good time, safe while making sure those intent on causing trouble will be swiftly picked up and dealt with.

"We only deployed this robust policing tactic for as long as it was necessary to ensure that order had been fully restored, suspects had been arrested and anyone intent on causing trouble had dispersed.

"There was a significant police presence in the town to manage the section 60 power and maintain order and we would advise members of the public intending to visit Colchester to carry on as normal.

"We will be pursuing a vigorous investigation to put all those we can find who are responsible for this detestable behaviour before the courts."