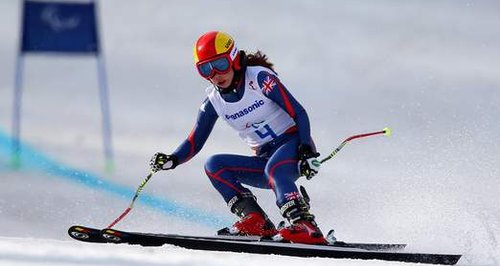 Chelmsford-born Jade Etherington and Caroline Powell became the first Britons to win four medals at one Winter Paralympics by taking a third Sochi silver in the super combined this morning (Friday 14 March).

Visually-impaired skier Etherington and guide Powell, who is from Basildon, safely negotiated the super-G stage of the event to earn Great Britain their fifth medal of the Games.

The duo were all but guaranteed another podium place going into the run.

With only three pairs left in the competition following the opening slalom segment on Tuesday, they lay second and knew they only had to finish to claim a medal.

They were brave enough to risk throwing it away by going for gold, but the 3.12 seconds they had to make up on Russia's Aleksandra Frantceva proved too tough an ask - only just, though, with the home favourite taking the title by 0.63secs.

Their silver followed second-placed finishes in the slalom and the downhill events and bronze in the super-G. Etherington and Powell have one more event to come, the giant slalom on Sunday, which will give them a chance to write another piece of history.