Essex MPs Vote In Favour Of Airstrikes In Syria 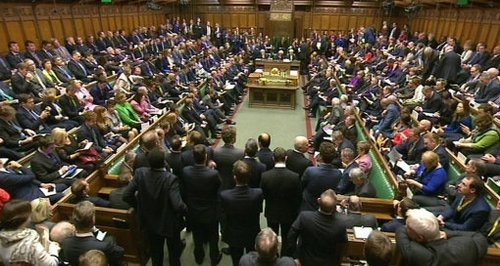 UK airstrikes against Islamic State targets in Syria have already started just hours after MPs voted in favour of them.

RAF Tornado jets from the base RAF Akrotiri in Cyprus carried out bombing raids this morning.

Most Essex MPs have voted in favour of airstrikes against Islamic State targets in Syria, as the motion for action was agreed.

Harlow's Rob Halfon said: "UK can stand tall in world once again, defending our allies, fighting against terrorism", while Braintree's James Cleverly stated: ""Today's vote on military action into Syria was not easy but I believe we made the right choice."

In a long letter to his constituents on his Facebook page, MP for Colchester, Will Quince said: "On balance, I came to the conclusion that the cost of our launching air strikes in Syria is outweighed by the price of our failing to do so.

"ISIL / Daesh are a direct threat to our country, plotting and aiding terrorist attacks on British citizens.

" Our allies in France have been attacked. I would hope that if this country had been attacked by ISIL / Daesh, our allies would stand shoulder to shoulder with us to hold those responsible to account.

"I would love to believe that there was a purely political solution to this threat, but I fear there isn’t one. There is no negotiating with ISIL / Daesh. They attack us for who we are, not what we do".

The only MP to vote against them was Basildon and Billericay's John Baron stating he remained "unconvinced by the Government's case and, absent a realistic long-term strategy to defeat Daesh".

The Essex MPs who voted in favour of airstrikes are:


The Essex MP who voted against was:

Epping MP, Eleanor Laing, does not vote because of her role as Deputy Speaker of the House of Commons.