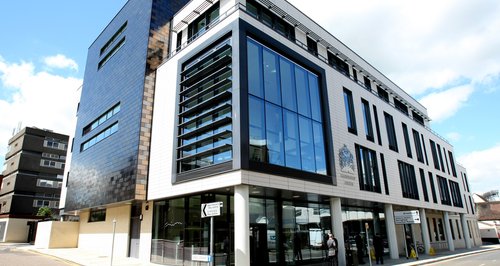 A music teacher who sexually abused teenage girls at the Essex school where he worked has been jailed.

Kieran Hope, 33, taught at Sandon School in Chelmsford, when he arranged meetings with the girls via text messages, phone calls and emails.

He then took advantage of them inside the school's music department which he was in charge of, Essex Police said.

He was found guilty of seven counts of sexual activity with a child and was sentenced to 11 and a half years imprisonment at Chelmsford Crown Court on Monday.

The court heard Hope abused his position of trust to target three vulnerable teenage girls aged between 13 and 17 between 2012 and 2014.

His offences ranged from inappropriate touching to engaging in a full sexual relationship with a 13-year-old girl, the force added.

Hope bombarded one of his victims with more than 3,000 text messages in a single month.

"He abused his position of trust to become a sexual predator, flattering the girls with compliments and persuading them that engaging in sexual activity with him would help build their confidence.

"I am pleased that Hope will now spend a significant period of time behind bars and would like to thank the girls who came forward to give evidence against him.

"Their bravery may well have stopped other young girls being abused."

Police launched an investigation into Hope in May 2014 after one of his victims confided in a friend who encouraged her to come forward.

He was charged with sexual activity with a child by a person in a position of trust and appeared at Chelmsford Magistrates' Court.

Following his appearance in court, two other victims came forward and he was later charged with further offences.