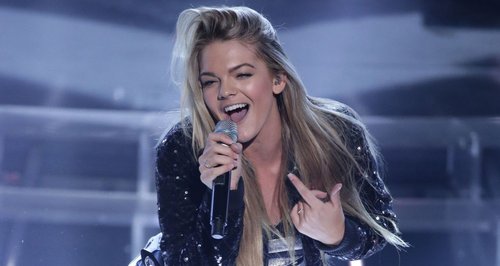 Essex's Louisa Johnson has become the youngest person to be crowned the winner of the UK X Factor.

The 17-year-old student from Thurrock beat Cheryl Fernandez-Versini's duo Reggie 'N' Bollie to clinch the title at a star-studded show at the SSE Arena in Wembley.

Following the announcement she said: "I've imagined this day for so many years and you have no idea how much this means to me.''

Her rendition of Bob Dylan's Forever Young had judge Simon Cowell saying: "Congratulations... we are witnessing the birth of a star.''

Louisa's mentor, singer and judge Rita Ora, said: "I love you... no matter what happens you're a superstar and you're so great. There is a reason this show is so good because look at what it can create, so thank you very much.''

The final show saw both acts perform the winner's single and their favourite song from the series.

Louisa performed her favourite song, It's A Man's Man's Man's World, which saw Ora running on stage to hug her after the performance.

Cowell told her: "That is what is called The X Factor. I mean seriously... I know I'm prone to exaggeration, I can honestly say in all the years I have done this show, I have never heard anything as good as what you just did... you are not human.''

Ghanaian duo Reggie 'N' Bollie performed their mash-up rendition of One Direction's What Makes You Beautiful and Reel 2 Real's I Like To Move It.

An emotional Fernandez-Versini told them: "I've believed in you from day one, thank you from the bottom of my heart. I love you so much.''

The duo thanked their fans, saying: "We want to say thank you to everyone supporting us, thank you to the judges - thank you for making us live our dreams, thank you Cheryl for for your belief, we really appreciate it.''