Extra patrols are being carried out in the Braintree and Great Notley areas after a spate of burglaries.

Over 18 days, 25 addresses were targeted - cars have been stolen, money taken, and in one case, a shot-gun.

Police are urging residents to be vigilant after a spate of house burglaries in Braintree and Great Notley.

The incidents took place between February 9 and 26. A number were at addresses on the Fairview and Kings Park estates and in many cases, rear patio doors have been forced to gain entry.

Detective Constable Alan Lewis, of Braintree CID, who is leading the investigation, said:

"Residents can be assured that we are working around the clock to deter, catch and bring burglary suspects to justice.

We are carrying out extra patrols in higher risk areas and visiting householders in close proximity to burgled houses to offer advice and reassurance. It is still vital for people to do everything they can to ensure their homes and possessions are as secure as possible.

They can take simple steps such as locking windows and doors at all times, keeping valuables and car keys out of sight, and fitting security lights and burglar alarms. This will go a long way to greatly reduce the threat of opportunistic criminals targeting your home."

Witnesses or anyone with information about these burglaries are asked to call Braintree CID on 101.

Alternatively, they can contact Crimestoppers anonymously on 0800 555111 or www.crimestoppers-uk.org

• Coggeshall Road, Braintree, between 7.30pm February 9 and 12.33am on February 14: Untidy search of bedrooms and blue Skoda Octavia stolen.

• Beaufort Gardens, Braintree, between 11.30am to 2.25pm February 17: Attempted burglary, damage to patio door and a window smashed. Nothing stolen.

• East Street, Braintree, between 8am and 8.24pm on February 21: back door smashed, jewellery stolen.

• Sovereign Close, Braintree 2.30am February 22: Attempted burglary, suspects damaged patio doors and a gate, no entry gained after being disturbed by resident.

• Sunnyside, between 1am and 8.30am on February 25: front door forced open, Samsung mobile phone stolen.

• Deerleap Way, Braintree, 3.13am February 26: Suspects were disturbed by the victim, nothing stolen.

• Edinburgh Gardens, Braintree, between 11pm February 25 and 7am on February 26: Items stolen included Apple iPhones, an Apple iPod Touch and Apple iPad Air 2. These were later recovered in a nearby park but a Michael Kors purse remains outstanding.

• Nelson Gardens, Braintree, between 10.15pm February 25 and 6am on February 26: A handbag containing a purse and a Samsung phone were stolen.

• Rayleigh Close, Braintree, between 11.30pm February 25 to 8am on February 26: Suspects crried out a search and stole a mobile phone and purse. They also stole a wallet from a van outside.

• Albemarle Gardens, Braintree, between 2.30am and 6am on February 26: Apple iPad and handbag stolen. The bag was later found in the same road, but had cash missing from inside. 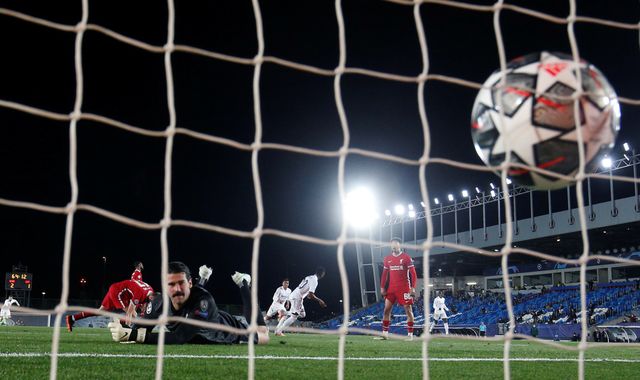 European Super League: How will the competition work - and why is it so controversial?