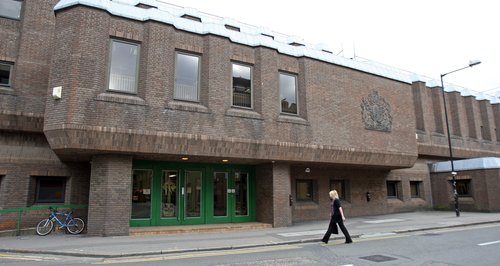 A sadistic killer from Grays who stabbed to death a 14-year-old he met online was arrested over claims that he raped another teenager but was released almost three years before the murder.

Computer engineer Lewis Daynes, 19, has pleaded guilty to the murder of Breck Bednar, who was found with a fatal neck wound at a flat in Grays on February 17th last year.

He is due to be sentenced at Chelmsford Crown Court later.

Mrs Justice Cox lifted restrictions which prevented the reporting of five other counts that Daynes faced.

These included four counts of sexual offences relating to another victim and one of possessing indecent images. Daynes has denied these offences.

Prosecutor Richard Whittam QC said there was no longer a realistic prospect of a conviction, given he had admitted murder, and the charges will not be proceeded with.

It is understood the offences were reported to Essex Police in 2011 and were investigated but officers decided not to take any further action.

The crimes were then reinvestigated as part of the murder investigation and charges were brought.

The matter has since been referred to the Independent Police Complaints Commission (IPCC), which is investigating this along with other matters raised by the Bednar family.

The previous allegations were one count of rape, one of attempted rape and two of engaging a person in sexual activity without consent, the Crown Prosecution Service said.

Both Daynes and his alleged victim, who cannot be named for legal reasons, were 15 at the time of the incidents, which date back to between April 1st and July 10th 2011.

The allegation of making an indecent image of a child dates back to August 30th 2011.

Daynes, of Rosebery Road, Grays, previously denied murder but changed his plea on the day he was due to stand trial.

Mr Whittam told the court it was the prosecution's case that the murder "involved a sexual and sadistic motivation".

Outlining the prosecution case today, Mr Whittam said Daynes - who went by the online name EagleOneSix - befriended Breck over the internet and promised him "great wealth" through a fictional computer software business.

He said there was evidence of sexual activity between the two shortly before Breck, who was tied up by duct tape to his wrists and ankles, was killed.