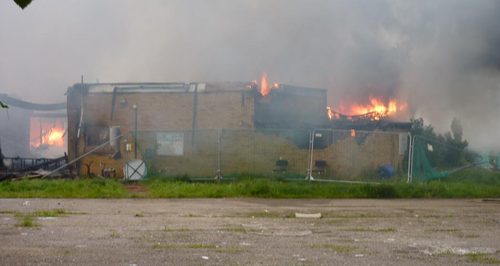 Police and fire officers are treating a fire that broke out in Harlow yesterday 'as suspicious.'

The derelict old Maypole Social Club on London Road went up in flames yesterday afternoon - sending up black smoke across the town.

Police were called to help fire crews at the scene, and to close the road to traffic.

We've been told they're now assiting fire crews with an investigation, and are treating the blaze as 'suspicious.'

Anyone with information is being asked to call 101.