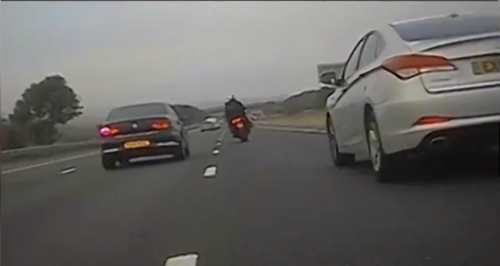 A Harlow motorcyclist's been caught going at 148 miles per hour with a passender riding pillion on the M11 southbound.

It's the highest speed ever recorded in the UK by a rider carrying a pillion passenger.

43-year-old Paul Roberts of Malkin Drive Lane was riding to work on his Kawasaki ZZR 1400 with a friend as passenger on Friday September 12.

He joined the M11 at Hastingwood and was seen and followed by Pc Paul Hills.

A video camera on the PC's bike recorded Roberts' driving - as he weaved across all three lanes.

You can watch that video here.

Roberts was eventually stopped near Chigwell and later summonsed for dangerous driving.