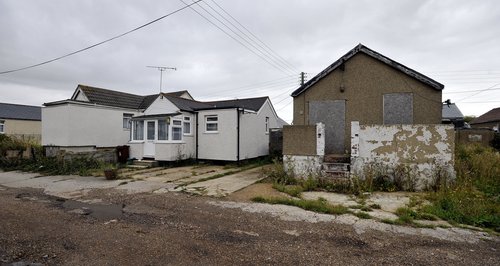 Jaywick has once again been named the most deprived in England, according to official statistics.

The village, near Clacton-on-Sea, has again topped a list that measured deprivation in 32,844 areas across the country, the government report found.

All of the local authorities with the highest proportion of deprived neighbourhoods are in the north - Middlesbrough, Knowsley, Hull, Liverpool and Manchester.

The London boroughs of Hackney, Tower Hamlets, Newham and Haringey have all dropped out of the list of the 20 most deprived areas but seven of the 10 local authority districts with the highest levels of income deprivation among older people are in the capital.

Most of the statistics the report by the Department for Communities and Local Government are is based on date back to 2012/13.

Clacton MP Douglas Carswell said the Jaywick neighbourhood would continue to spiral without action from local and central government.

He said: "People in Jaywick have been let down by big government and official planning restrictions that have prevented any significant new housing investment for 40 years.

"Until planning rules are liberalised and capital can be invested in Jaywick the downward spiral will continue.''

Mr Carswell said he had lobbied government and the council to introduce minimum housing standards for people on benefits.

The Ukip MP added: "Thanks to government policy we are subsidising squalor.''

The Government said the report was a snapshot based on information gathered over the 2012/13 financial year and insisted differences between areas may be very small.

A DCLG spokesman said: "We will ensure that every part of Britain benefits from a growing economy and that everyone who works hard gets the opportunities they need to succeed.

"The most recent statistics show that the proportion of individuals with relative low income is now at the lowest level since the mid-1980s and we have near record levels of employment.