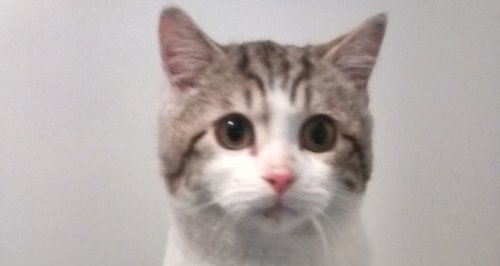 A kitten has been found dumped in a car park in Grays.

Five month-old Vinnie was found in a pet carrier near Ikea, with a not attached saying: "Hi, my name is Vinnie and I am a very handsome five-month-old half Bengal boy kitten.

"My mummy loves me very, very much but is unable to keep me for personal reasons. And I am very sad".

A pouch of car food and some toys were also left in the carrier.

He was found by a member of the public who called the RSPCA.

Inspector Marie Hammerton said: "Vinnie's owner took him into Ikea and tried to give him away but, when they were told the cat couldn't be taken in, he was left in the car park in his carrier.

"He was found in his carry basket in a parking space. A car reversing into the space could have easily failed to spot the carrier and run him over so he's very lucky he was rescued when he was.

"I'd like to thank the member of the public who took him to safety and called us.

"Vinnie will soon be at our RSPCA Essex Havering Branch and will be looking for a new home."