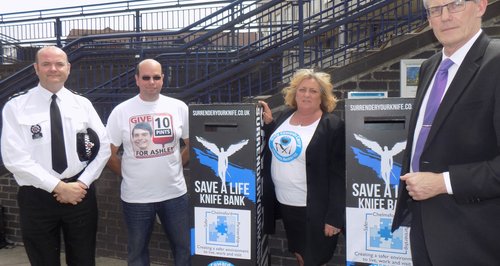 A knife amnesty is being held in Chelmsford to get weapons off the streets and make the city safer.

From today, bins will be placed around the city so people can hand in knives anonymously.

In December, Trevor Woolley's son Ashley was murdered in Oaklands Park.  He told Heart, "Our lives stopped the minute that Ashley died.

"It's not just that person it affects, it's everybody. It's the ripple effect.

She says it's a big issue: "You cannot pinpoint how many people are carrying weapons around.

A similar campaign in north Essex has seen more than 300 knives handed in.