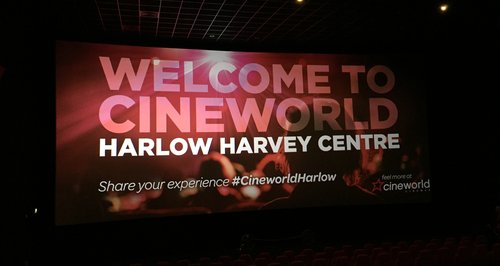 After years of planning, Harlow town centre's new Cineworld is finally opening its doors to the public.

The six-screen facility is situated in the Harvey Centre's new 'Terrace' development and is the first cinema in the town centre since the Odeon closed more than a decade ago.

The multiplex has created more than 30 new jobs and is Cineworld's second in Harlow.

Cineworld Chief Operating Office Matt Eyre told Heart that the new cinema is intended as an addition to, and not a replacement for, the original site at the Queensgate Retail Park: "We always believed that Harlow was underscreened as a town with just six screens.

"We've been looking for ways to improve our offering in the town and when this site became available two years ago we jumped on it."

The cinema opens to the public today (Friday 9th December) with films including Moana, Fantastic Beasts and Silly amongst the opening weekend line up.