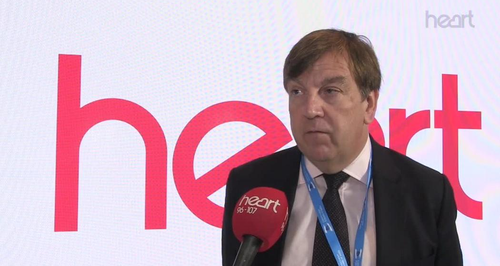 The Culture Secretary and MP for Maldon is facing calls to withdraw from the regulation of the press following the disclosure that he had a relationship with a sex worker.

John Whittingdale, who is divorced, said he had been unaware of the woman's occupation and had broken off the relationship when he discovered she was trying to sell the story to the newspapers.

However campaigners for tighter press regulation have warned his position was compromised after it was reported that a number of newspapers had investigated the claims but decided not to run the story.

The relationship occurred before Mr Whittingdale became a Cabinet minister following the 2015 general election although he was chairman of the influential Commons Culture, Media and Sport Committee at the time.

He said the relationship had not affected any of the decisions he had made in office.

"Between August 2013 and February 2014, I had a relationship with someone who I first met through Match.com. She was a similar age and lived close to me,'' he said.

"At no time did she give me any indication of her real occupation and I only discovered this when I was made aware that someone was trying to sell a story about me to tabloid newspapers. As soon as I discovered, I ended the relationship.

"This is an old story which was a bit embarrassing at the time. The events occurred long before I took up my present position and it has never had any influence on the decisions I have made as Culture Secretary.''

BBC2' s Newsnight reported that four newspapers - The People, The Mail on Sunday, The Sun and The Independent on Sunday - had investigated the claims but had concluded it was not a public interest story.

However campaigners for tighter press regulation accused the papers of hypocrisy pointing out that as chairman of the Culture Committee, Mr Whittingdale had opposed statutory regulation.

Brian Cathcart of the Hacked Off campaign group said that since becoming Culture Secretary with responsibility for the media, he had taken a number of decisions which had been welcomed by the press.

"The public cannot have faith in his judgment, in his independence in making decisions about the media,'' he told Newsnight.

However the media commentator and former newspaper editor Roy Greenslade said that the papers would have been wary about covering such a story in the aftermath of the Leveson report on press standards.

"They would all be very careful about whether or not they had a public interest justification,'' he told the programme.