Man Gets At Least 21 Years For Pitsea Murder 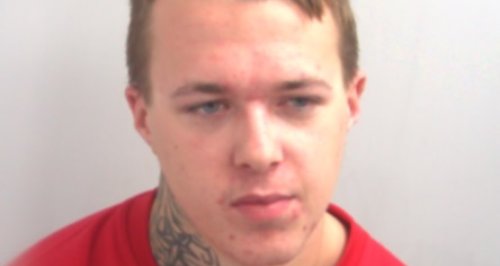 A 20 year-old man has been jailed for at least 21 years for murdering a man in Pitsea who was falsely accused of being a paedophile.

42 year-old Darren Kelly was lured to Caister Drive on 20 October last year, chased and then stabbed.

He was taken to hospital but later died from his injruies.

Chris Carroll, from Pevensey Close in Pitsea, two teenage boys and a teenage girl were charged with murder.

Yesterday, Carroll was convicted of murder, while the teenagers were all found not guilty.

This morning he was given a life sentence.

Essex Police says a teenage girl had arranged to meet Mr Kelly via a messagin app, but the 42 year-old had thought he had been speaking to a woman and there was "no evidence that he was interested in underage girls".

Senior investigating officer, Detective Chief Inspector Stephen Jennings, said: "While nothing will bring Darren back, we hope the verdict will help give his family some closure so they can move forward.

"Darren was viciously attacked and lost his life due to the completely unfounded belief that he intended to meet an underage girl.

"Essex Police strongly deter anyone from vigilante behaviour at any level. They could be acting upon inaccurate information and putting innocent people at serious risk.

"Anyone who has a genuine concern about potential criminal activity should always contact us so that we can investigate and not take the law into their own hands.

"I also want to reassure the residents of Basildon that knife crime is an issue that we take extremely seriously and we remain committed to putting offenders before the courts and working with our partners to make our communities safer".

Mr Kelly's family said: "We have been left devastated by Darren’s cruel, needless murder by this shameless individual.

"His heinous actions of not only what he did that night, but his attitude shown in the court when presented with what he had done to another human being, was very upsetting to witness.

"Darren was a kind, hard-working, caring, fun- loving all round good guy.

"He would never hurt anyone and did so many good deeds for people over the years.

"Since his death, we have heard of so many more good things he had done for people unbeknown to us.

"He was a selfless man and never needed praise for helping someone.

"His death has left a very large hole in our lives.

"He was not only a wonderful son, but a brother, a friend and especially the best father a girl could ever have. His daughter didn’t just lose a father, she also lost a friend.

"Darren was divorced from his daughter’s mother for some years and was just about to start a new life with his partner and her two sons in Kent at the end of October 2015.

"But due to the cruel actions on that night in October, their future plans were ruined.

"We feel that Pitsea will be a somewhat safer place now that this individual has been taken off the street.

"We would like to thank everyone involved in the investigation and prosecution of this case.

"If this stops someone carrying a knife in the future, then at least something good has come from this.