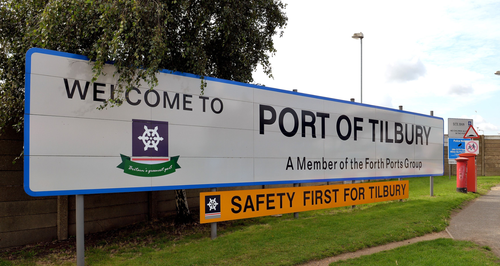 A man has been found guilty of smuggling 35 immigrants in to the UK through Tilbury Docks.

35 Afghan Sikhs, including 15 children, were found inside the container at Tilbury Docks on August 16.

A 40-year-old man called Meet Singh Kapoor died during the cramped crossing, and his body was found at docks in Essex.

Four men have been on trial at Basildon Crown Court - all deny organising the operation.

The jury today found Taha Sharif, who is Kurdish and was living in Tottenham, London, guilty of conspiring to facilitate illegal entry into the UK, the court confirmed.

The jury hasn't yet reached a verdict on these counts and judge John Lodge said he would now accept a majority verdict.