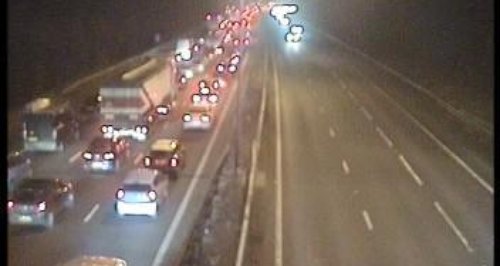 A man has been injured after a crash on the M11 near Harlow which caused part of the road to be shut for more than seven hours.

It is believed one of the cars overturned.

Essex County Fire and Rescue Service said: "The RTC involved three vehicles, one male is trapped in his vehicle.

"Crews are using specialist cutting equipment to release the casualty.

"The casualty has been released from his car and left in the care of the Ambulance Service".

The road re-opened just after 1.30am.