Police have released an efit of a man they want to speak to, after a man made inappropriate comments to a teenager in Harlow and then touched her hair.

Two men started speaking to the 16 year old at Harlow bus station back on Wednesday 11th February. They then followed her onto the bus where they made the comments and touched her as it travelled along Velizy Avenue at 4pm.

He was wearing what looked like a sailor’s hat, along with a zip-up top over a blue t-shirt and another jacket over that 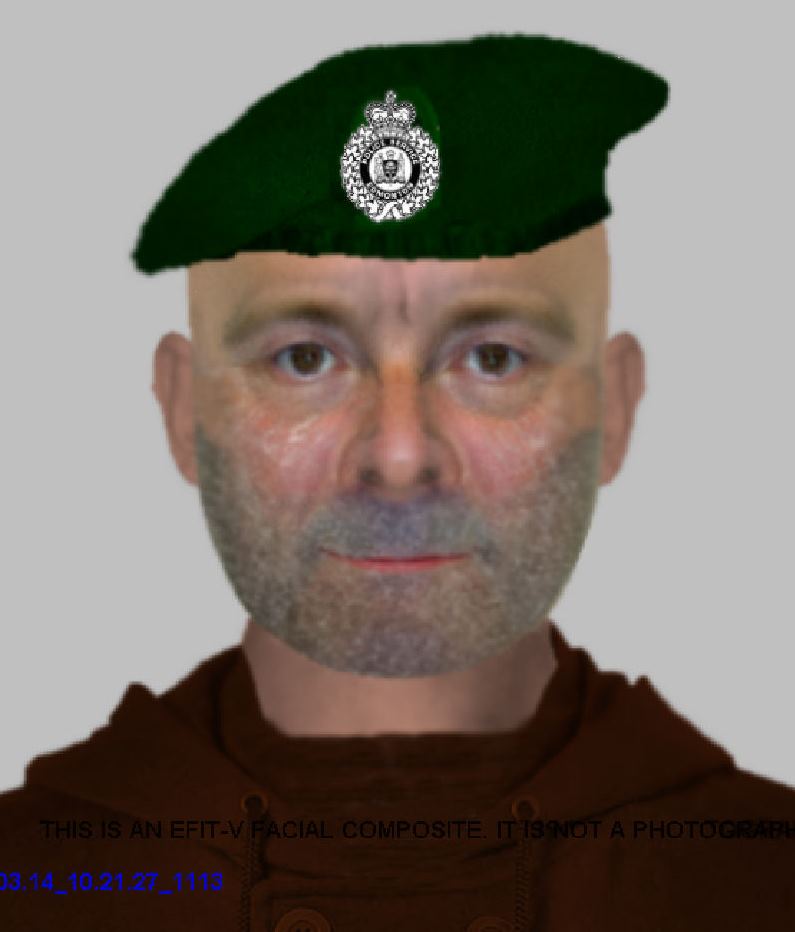 The second man is described as white, in his 40s to 50s, with short grey shaven hair and around 6ft 1in tall.

He was wearing dark blue jeans, a zip up jacket and a woolly hat.

Anyone who recognises the man in the e-fit or who has any other information is asked to call Harlow Police Station on 101 or ring Crimestoppers anonymously on 0800 555 111.