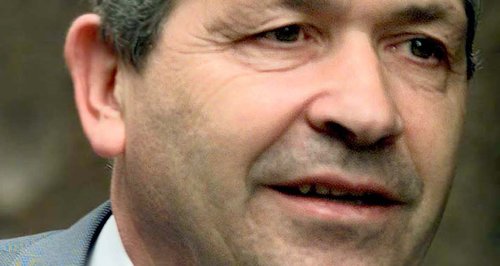 Essex Police revealed that "management action" had been taken against the officers who attended the crime scene at Mr Palmer's home in South Weald, near Brentwood, after he was found dead on June 24 last year.

The officers and paramedics initially thought the 65-year-old had died from natural causes as a result of recent keyhole surgery to his chest - missing the fact he had been shot at close range.

The force confirmed that the officers had not properly inspected his body and did not check his criminal history so were oblivious to his high profile.

It was not until a week later that a post-mortem examination established suspicious circumstances and a murder investigation was launched.

An Essex Police spokesman said: "The two police officers who attended were given information that Mr Palmer had recently had surgery and that this could account for his injuries.

"However they did not carry out a full examination of the body, which would likely have raised suspicions about his injuries.

"They also did not call an inspector to the scene to confirm their assessment or check Mr Palmer's antecedents on the police national computer.

"Given the full circumstances of the information they were presented with at the time it was judged that this did not amount to gross misconduct and they have been given management action for failing to fully comply with Essex Police policy on dealing with sudden deaths.''

Detective Chief Inspector Stephen Jennings said it was impossible to know to what extent the delay had set back the investigation, adding that the professional nature of the killing meant few clues had been left in any event.

But he said: "I can't deny that, in an ideal world, we would inspect any crime scene in as timely manner as possible."