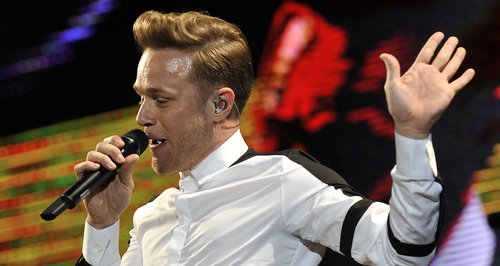 Essex singer Olly Murs rounded off a sun-kissed day at V Festival with a set of crowd-pleasing classics.

Olly's set tore through the tranquil Essex countryside as he played anthems such as Wrapped Up and Troublemaker.

But it was Labrinth who claimed the day's most memorable moment - after proposing to his girlfriend on stage.

The now-engaged 26-year-old stopped his set on the MTV Stage and brought his partner out to pop the question to the delight of onlookers.

Temperatures reached as high as 30C (86F) at Hylands Park, with as many as 50,000 music-lovers soaking up the rays.

An eclectic mix of acts kept punters happy throughout the afternoon, with Sir Tom Jones drawing one of the day's biggest crowds.

Earlier Jess Glynne had an emotional return to the stage after vocal surgery and became tearful after hitting the high notes in My Love.

The 25-year-old chart-topper, who was watched from the wings by friend Sam Smith, said: "The past 24 to 48 hours has just been the most emotional point in my career and standing on that stage in front of all those people and hearing them sing back, it just hit me.

"I was trying to sing and not cry, I had my dad on the side of the stage getting me all teary and I went to sing the note and it just hit me."

Acoustic singer James Bay also attracted flocks of increasingly sunburnt fans, who loudly sang along to hits including Hold Back The River.

The heavens are forecast to open on Sunday for the festival's final day of music, which will see Calvin Harris, The Script and Ellie Goulding perform.