Two teenagers have been convicted after a man was killed when a flare was thrown inside his car in Pitsea.

Vilson Meshi had driven to Pincey Mead in Pitsea from Manchester on February 26 last year to see his children from a previous relationship the following day.

He planned to sleep in his car overnight and was last seen shortly after 11.10pm after asking for a blanket.

His former partner reported him missing the following afternoon when he failed to arrive at the house or respond to calls and text messages.

She also told police about an Audi, which was in her usual parking space. She did not recognise it as Mr Meshi’s car, but was concerned as it had blacked out windows and the passenger door was locked but ajar.

Police attended and found signs there had been a fire. Firefighters were called and found Mr Meshi in the back.

He was pronounced deceased at the scene and a post mortem examination later found he had died as a result of inhaling fire fumes.

The remnants of a hand-held flare were found inside the car and in a nearby alleyway. Flares of the same make and model were reported stolen a week earlier from a boat docked at Wat Tyler Park in Pitsea.

CCTV images showed a man riding a BMX-style bike and trying car door handles in the car park where Mr Meshi’s Audi was parked shortly before 1.30am on February 27. A witness later described a man leaning into the Audi sometime around 2am.

Keani Hobbs, 18, a student, of Stagden Cross, Pitsea, and a 16-year-old boy from Camberwell, London – who cannot be identified for legal reasons - were arrested and later charged with Mr Meshi’s manslaughter and theft of the flares.

Both were convicted by a jury today, Thursday, August 24, of both charges following a trial that began at Basildon Crown Court on July 31.

They are due to be sentenced tomorrow, Friday, August 25.

Detective Chief Inspector Stephen Jennings, of the Kent and Essex Serious Crime Directorate, said after the hearing: “This was a complex investigation and we have been determined to find the truth behind the events that led to Mr Meshi’s tragic death.

“Keani Hobbs and the teenage boy consistently denied any involvement and blamed each other during the trial.

"They have shown no remorse for their actions.”

Mr Meshi’s parents, Mr Islam and Mrs Drita Meshi, said: “We had three children who lived in the United Kingdom. We now have two as our son, Vilson, was cruelly, unnecessarily, and mindlessly killed at the young age of 31 years, in a moment of unexplainable criminal madness whilst he slept in his car in Pitsea, Essex on the morning of February 27, 2016.

“Vilson moved to the UK in 2000 and created a successful business employing 12 people.

“But because of the stupid actions of those responsible for his death, there are three children that will grow up without their father, a wife without a husband, a brother and sister without their brother, a mother and father without their son and 12 people without jobs.

“He was a good boy, never in trouble, a loving and caring man who would help anyone that needed it.

“He was very popular and had a love of cars. He belonged to a GT car owners club.

“His funeral was held in a small town in Albania with over 4,000 mourners attending, many from the UK. This was the biggest funeral ever held there, which goes some way to showing how much he was loved in life and missed in death.

“Vilson is dead below the ground but we are dead above the ground, our hearts are broken.

“For us, this tragic event has been made so much more difficult to deal with as we live in Albania and have had to regularly come to the UK over the last 18 months.

“We have sat quietly, patiently, calmly, with dignity, for four weeks listening to evidence in the trial of our son’s killers.

“No matter what the verdict, it will never bring our son Vilson home or make us feel better about what happened that February morning in 2016.

“What happened has changed our lives forever and probably the lives of the two defendants’ families as well.

“We would like to thank Essex Police, Brentwood Major Investigation Team, our family liaison officer Pc Steve Judd - who has been there throughout the last 18 months including at the trial to explain everything to us and reassure us when we needed it - as well as the Crown prosecutors, who have all worked so hard to find closure and justice for us as a family.”

COVID-19: Remaining restrictions in England 'unlikely' to be lifted early on 5 July - minister 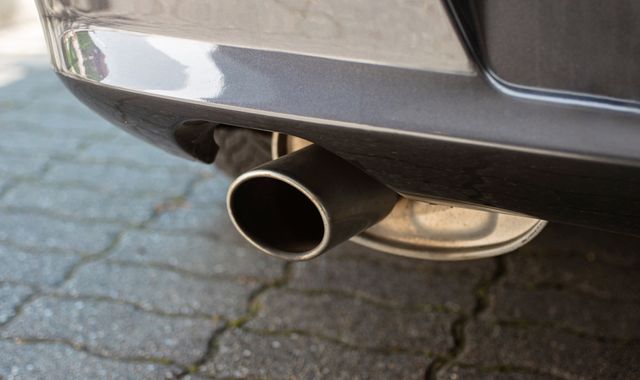