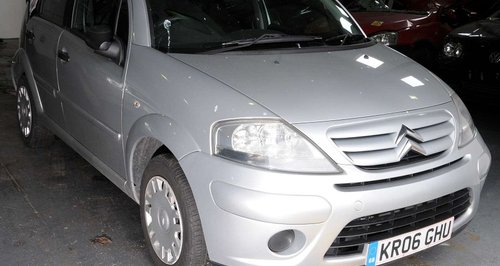 Pictures have been released of the car used by a man from Essex wanted over the murder of a pensioner in Suffolk and the disappearance of his wife.

The body of 75 year-old Peter Stuart was discovered in woodland near his home in Weybread on Friday night, while his 69 year-old wife Sylvia is still missing.

An international manhunt is underway for 42 year-old Ali Qazimaj, from Tilbury.

His car was found on Athol Terrace in Dover at around midnight on Sunday and Suffolk Police says it has reliable information which places him at the Port of Dover Ferry Terminal at around 6.30pm on Saturday, 4 June.

It is believed he got on a passenger ferry as a foot passenger and left the country.

"It is believed he came to the UK following the conflict in Yugoslavia and further work is being done to find out more about his background, his movements between the last sightings of the Stuarts at Pulham Market in Norfolk on Sunday 29 May and him leaving the country on Saturday 4 June, and to locate him.

"As part of these enquiries officers are asking anyone who may have seen his vehicle in Suffolk or Essex between these dates to come forward".

Detective Chief Superintendent Simon Parkes said: "We are gradually building a picture as we continue to make enquiries to trace Ali Qazimaj.

"New information is coming in all the time and this continues to be a fast-moving enquiry.

"Our enquiries continue to learn more about his roots and his links within the UK and overseas.

"We still need anyone who knows him, who may have spent time with him over the last few weeks or before this to get in touch and tell us more about his background so that we can trace his movements."