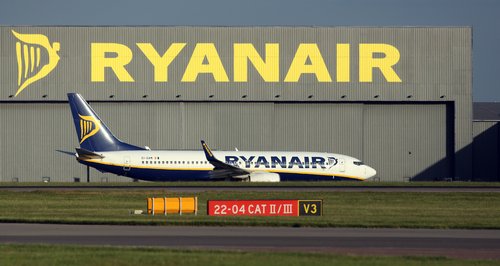 The facility includes four flight simulators and a full aircraft interior and will create more than 1,000 new jobs overall for pilots, cabin crew and engineers this year.

Speaking at the opening of the facility, Ryanair boss Michael O'Leary warned that the airline wouldl be forced to scale back British investment if the country votes to leave the European Union.

Appearing on a platform with Chancellor George Osborne at Stansted Airport, Mr O'Leary said that inward investment will be lost to competitor EU member states such as Ireland and Germany if Britain votes for Brexit.

Mr O'Leary said: "It is this type of large-scale foreign inward investment that is helping to drive the UK economy and job creation.

"It is exactly this type of investment that will be lost to other competitor EU members if the UK votes to leave the European Union."

The announcement comes after more than 300 business leaders urged Britain to vote to leave the European Union, warning that the country's competitiveness is being undermined by its membership.