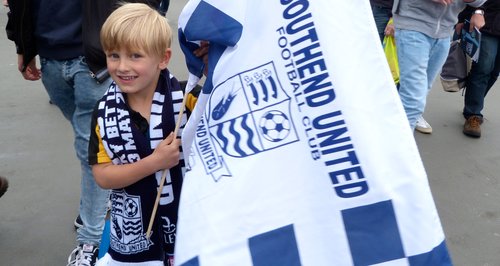 Colchester United also had Alex Gilbey sent off in the first half.

It means Southend have won both games between the two side this season, having beating the Essex rivals 2-0 at the Weston Homes Community Stadium on Boxing Day.

The result leaves the Blues seventh in League One, a place outside the play-off positions on goal difference only.

The Us, meanwhile, remain rooted to the bottom of the table seven points from safety.