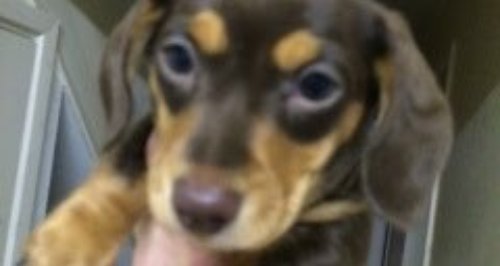 A puppy stolen during a burglary in Stanford-le-Hope has been found and re-united with its owner.

Ralph, a seven-week old Dachshund, was taken during a break-in in Thors Oak at around 9.15am on Saturday (6 February).

Three men had got into the property through an "insecure rear door" and also stole a three-figure sum of cash.

Essex Police said: "The suspects are described as three white men aged between 18 and 22.

"One was around 5ft 6ins tall and was of a slim build. He was wearing and blue Parka type jacket with fur on the hood.

"The second was around 6ft tall and of medium build and was wearing a claret red jumper.

"The third was wearing a long black coat".

Ralph has now been found and was re-united with his owner last night.