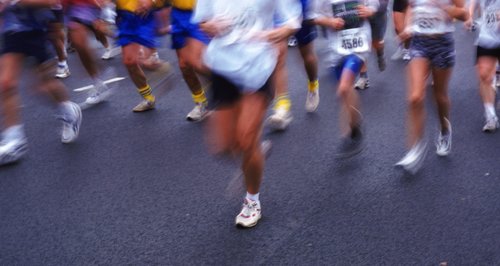 More than two thousand runners have taken part in this year's Colchester Half Marathon.

More than 2,600 people completed the 13-mile route, which started at 9am at Weston Homes Community Stadium before heading along Boxted Road, Mile End Road and along North Station Road towards the town centre.

The runners continued up North Hill, into the High Street, down East Hill and along Ipswich Road.

The second half of the route went through Severalls Business Park and onto Boxted and Langham, before returning to the stadium.

Hundreds of people cheered the runners on in the early spring sunshine.

Read more: Check All The Colchester Half Marathon Results

The event, now in its tenth year, raises thousands of pounds for two local charities - The Tom Bowdidge Foundation and The Robin Trust. The race was won by Colchester Harriers' runner Adrian Mussett in a time on 1 hour, 9 minutes and 53 seconds.