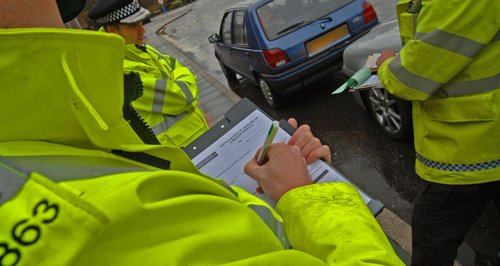 Essex Police say they have arrested two people on suspicion of drug driving in the first week since new legislation come into force.

The new rules include roadside tests which make it easier to detect things like cocaine and cannabis, as well as new limits for prescription drugs.

A 31 year-old man was stopped on West Road in Harlow at around 11pm on Friday and was arrested after the equipment indicated he had illegal drugs in his system.

Also on Friday, a 20 year-old man was stopped on The Broadway in Loughton. He too was arrested after the equipment gave a positive reading. Both men have now been released on bail.

Chief Inspector Nick Lee, from Roads Policing, said: "We are already making use of this new legislation to take drivers suspected of driving under the influence of drugs off the roads and question them.

"Should they be convicted of the offence then they could face a minimum one year driving ban, a fine of up to £5,000, up to six months in prison and a criminal record.

"Driving under the influence of drugs can affect your reaction times and awareness and makes you a potential threat to other road users and yourself.

"If we catch you and convict you then the very least you can expect is a criminal record but the risks you take by driving under the influence of drugs could potentially put your life or someone else's in danger and our message is simple – don't do it."