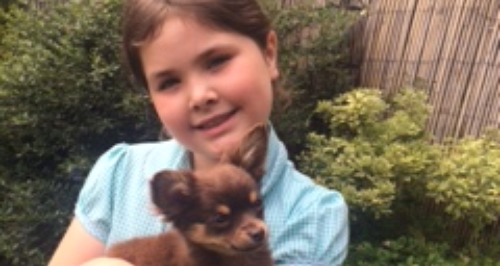 An eight-year-old girl from Harlow who has juvenile arthritis has been reunited with her puppy after it was stolen during a burglary.

It's all because the campaign to find Lexie Taylor's puppy Caramel went viral.

It got the attention of more than 12 million people online - and then the right person saw it.

Tracy Taylor says they got a call from a woman - who doesn't want to be named -  who thought she had 'unwittingly' bought their puppy.

Despite offering a £1000 reward - Tracy told us the woman didn't want a penny, though added Caramel's adoptive family were 'devastated' as they had no idea she was stolen.

Caramel's been taken to the vet now for a check-up, as we're told she needs an operation for a hernia on her belly button.

My phone is about to die, so one last tweet. Thanks for restoring my faith in humanity. Keep RTing the good news! Love to you all!