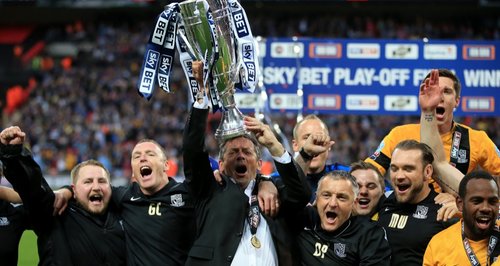 After securing promotion on Saturday night Phil Brown flew off on his holiday to Spain but still joined Martin on Tuesday's Heart Breakfast.

He missed Monday's victory parade on Southend Sea Front but Phil Brown called Heart Breakfast to reveal his preparations for life in League One for the newly promoted side.

Listen below to find out how he never lost belief, how he celebrated the win and what his future plans are for the Shrimpers.

Take a look at all the pictures from the victory parade below.