The Coca-Cola Christmas Truck Will Be Here Soon!

Find out when it will bring some festive magic to a town near you...

It’s as traditional as the annual gripes about mince pies being sold too early in supermarkets. Yes, for many people the arrival of the Coca-Cola Christmas truck is a sign that the festive season is upon us. Hurrah!

Now in its seventh year, the truck tour will kick off again in Glasgow on Saturday 11th November. The truck will then travel around the UK spreading seasonal joy. It will call in at 42 locations nationwide in the build-up to Christmas, making its final stop in Lakeside, Essex, on Sunday 17th December.

At each stop this year, Coca-Cola lovers can snap and project their festive selfies across the side of the truck while enjoying a 150ml can of Coca-Cola Zero Sugar, Diet Coke or Coca-Cola Classic in a winter wonderland setting. 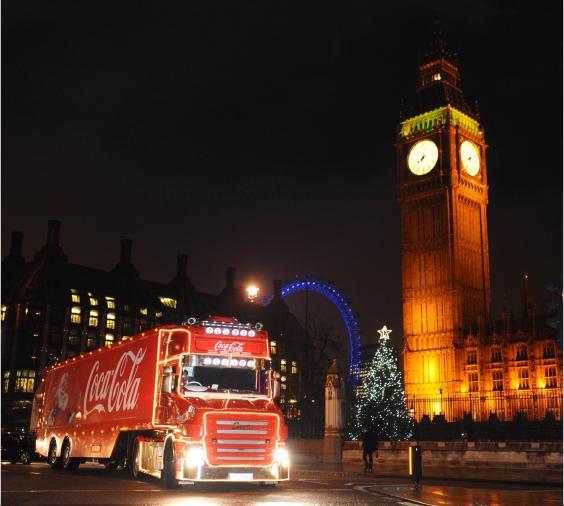 This year's scaffolding around Big Ben won't have quite the same magic....   [Picture: Coca-Cola]

The truck first appeared on TV screens in the drinks company’s Christmas advert in 1995. This year’s commercial, with its familiar ‘Holidays are coming’ jingle, will air for the first time on Sunday 17th November on Channel 4.

Want to know where you can have a slice of Christmas truck magic? Here are the dates you need: