Here's How To Get Tickets For Justin Timberlake's UK & European Tour

Justin Timberlake has announced his first tour in four years, here's how you can buy tickets.

Justin Timberlake has announced he will be going on tour for the first time in four years.

The former N-Sync star will be performing four shows across the UK with one being in the country's capital city, London on July 9.

The 37-year-old singer's first concert will be at the Barclaycard Arena in Birmingham on June 27, followed Manchester Arena on July 1, another at the SSE Hydro Arena in Glasgow on July 5, before rounding things off with a final show at the  O2 Arena on July 9. 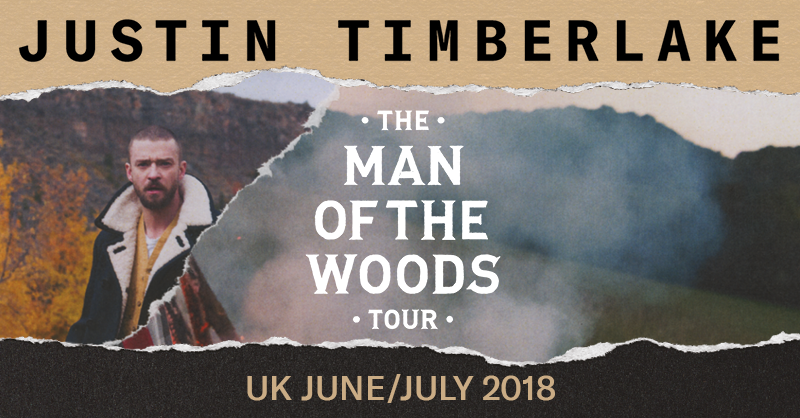 Picture: Justin Timberlake has announced dates for his UK tour in 2018

The 'Senorita' hitmaker will be touring his new album Man In The Woods following an epic set at the NFL Superbowl in Minnesota over the weekend.

His show-stopping performance wowed crowds with a tribute to the late singer, Prince and the performance also went viral due to a teenager who seemed way more interested in his phone than watching the popstar.

Timberlake’s fourth studio album Man Of The Woods was released on Friday, February 2.

Read more: Justin Timberlake Proves Being A Dad Comes Before Being A Popstar

Promoted by Pub in the Park

TLC UK tour 2022: Venues, dates and how to buy tickets

All the highlights from backstage at Concert for Ukraine