This image appears in the gallery:
Best of British: Food 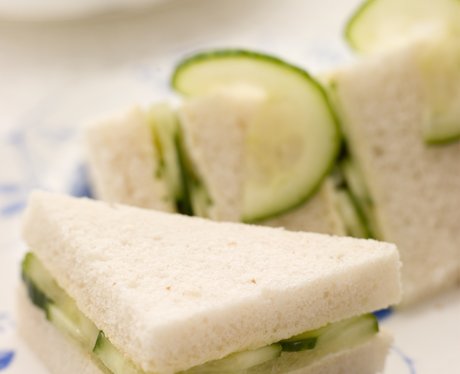 Cucumber sandwiches are a staple part of British summertimes, but sandwiches themselves are even named after a Brit. In the 18th century, John Montagu, 4th Earl of Sandwich would demand a piece of meat in between two pieces of bread so that he could play cards for longer. Before long, others would order... 'the same as Sandwich!'