Gary Barlow, Howard Donald and Mark Owen are back together and performing all your favourite songs on a 2019 tour to celebrate 30 years together.

Take That have confirmed a special greatest hits tour in 2019 to celebrate a whopping 30 years together and will also release a brand new album, Odyssey. The new record will have the boys greatest hits reimagined as well as three new tracks.

Gary Barlow – who has been teasing us for months – Howard Donald and Mark Owen are heading out across the UK to perform their best love songs for fans up and down the country and will be supported by none other than Rick Astley.

Sadly, there is still no mention or a Mr Robbie Williams.

See below the list of full dates and stadiums on their 'Greatest Hits Live!' tour which will begin in April 2019...

Thursday 02 May Arena London The O2

Friday 03 May Arena London The O2

Saturday 04 May Arena London The O2

Sunday 05 May Arena London The O2

Tuesday 07 May Arena London The O2

Wednesday 08 May Arena London The O2

Tickets will go on sale on 28th September at 9.30am and you can buy them online here. 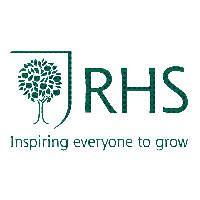 The Script tour 2022: Tickets and venues for The Script's Greatest Hits Tour