The predatory partner of Helen Bailey has been found guilty of drugging and killing the children's author in a long-planned plot to acquire her riches.

Police said the "sudden, unexpected" death of Stewart's first wife, Diane - who was found in the couple's garden in 2010 - will now be re-examined.

Mr Stewart (pictured) is expected to be sentenced tomorrow. 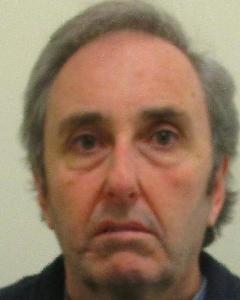 A statement has been issued by Helen Bailey's family:

"When Helen's body was discovered last July, some three months after she had gone missing, we said we knew Helen would wish, like us, for justice to be done.

We wish to thank the Police and Crown Prosecution Service for their unswerving professionalism and support, and to those individuals who gave up their time to be members of the jury or to give evidence in court, as now the perpetrator of this crime has been brought to book.

We also wish to thank the many individuals for their support, some of whom have been grieving for their own personal loss - as their acts of kindness have been invaluable to us.

Our thoughts are very much with Ian's family.

Despite this victory for justice there can be no celebration. Our families have been devastated and nothing can ever bring Helen back to us, or truly right this wrong. A long shadow of loss has been cast over the lives of so many who will always remember Helen with enduring love and affection.

At her memorial service, we asked attendees to write down what Helen's life had inspired them towards.

From over 160 affirmative responses, one person wrote:

"To help people when they needed a friend"

With these words in mind, we now embark on rebuilding our lives and we respectfully request that we be allowed to do so in peace.