Bletchley Park- What Kate Will See 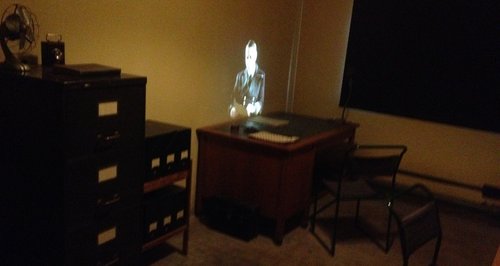 Hearts been on a tour of the newly revamped Bletchley Park to find out what the Duchess of Cambridge will get to see during her tour.

The royal visit is to mark the completion of an 18 month project to restore the World War II code breaking huts and make them a 21st century tourist attraction.

As Kate come's through the entrance in Block C she'll see it's been designed to look like a railway platform in 1930's Bletchley, as that’s how most of the parks code breakers arrived.

She'll then be escorted around the park by Sir John Scarlett, Chairman of Bletchley Park Trust, and Iain Standen, Chief Executive Officer at Bletchley Park.

Kate will see how the huts have been made to look just as they would have originally been with authentic furniture, clothing and accessories.

She'll also see how multimedia technology has been introduced.

Inside the huts are speakers playing the sounds of enigma machines and typewriters.

There's also video images of people working, just as they would have been, projected into the wall.

The royal visit will then continue inside the mansion where the office of Commander Alexander Denniston, Head of Government Code & Cypher School, has been restored.

It includes an information board explaining the role he played in building the UK's relationship with America.

Kate will then go to a private lunch followed by a reception where she'll meet World War code breaking veterans and the people responsible for the restoration.

There will then be a tree planting ceremony involving the Duchess.

The restoration of the park has cost £8 million that’s been funded by the Heritage Lottery Fund.