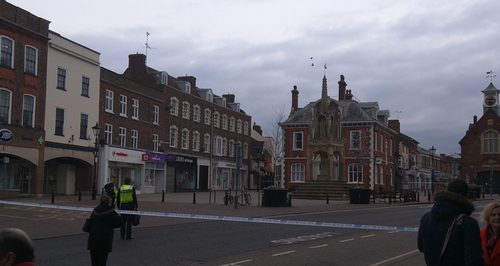 The centre of Leighton Buzzard was shut down today and the bomb squad called in, after someone found a suspicious package first thing this morning.

They set up a cordon and called the explosive ordnance disposal team.

It meant shops throughout Hockliffe Street and North Street had to be evacuated.

The shop will be closed today until further notice due to a suspect package, we apologise for any inconvenience pic.twitter.com/CetqNiOxQw

Then, at around 10:30 police warned people in the area to cover their ears, for a controlled explosion.

This is the hole in fence left by bomb squad in #LeightonBuzzard after suspicious device destroyed #HeartNews pic.twitter.com/6z54LMTUvb

Around another hour or so later, and people were allowed back into their shops.

"Following examination, the item was found to pose no threat and is no longer being treated as suspicious."