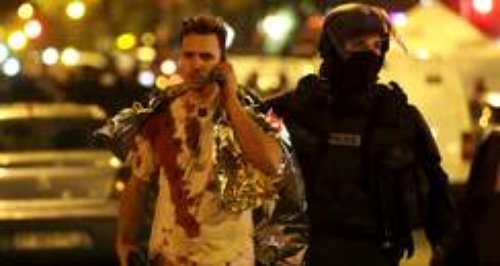 Community leaders, faith groups and MPs across Beds, Bucks, Herts and Milton Keynes have been adding their voices to the millions of others around the world in condemning Friday night's terror attacks in Paris.

129 people died and more than 300 others were injured - 99 of them are said to be in a critical condition.

Vigils have been held across the world to remember those caught up in the attacks.

Councillor Hazel Simmons, Leader of Luton Borough Council, said: "I’ve been overcome with sadness watching these terrible events unfold. My thoughts and prayers go out to the innocent victims of these senseless, heinous and unfathomable crimes.

"It’s too hard to comprehend that people who were simply enjoying a night out with friends and family could be targeted in this way.

"On behalf of all Lutonians I would like to offer my sincere condolences to the people of Paris and everyone affected by what has happened, particularly those who have lost friends, colleagues and loved ones.

"I hope those responsible can be brought to justice for their crimes."

Rehana Faisal, representing both the Sunni and Luton Council of Mosques, said: "The Muslim Community of Luton are deeply saddened and appalled by the horrific attacks which took place in Paris.

"The level of barbarism and violence shown by the perpetrators is truly horrendous.

"We recognise the immeasurable pain and suffering that the families and friends of the victims will be feeling, and our thoughts and prayers are with them.

"This was an indiscriminate attack on the whole of humanity and has touched the lives of us all, regardless of nationality, faith or background.

"Such attacks are designed to polarise communities and turn neighbour against neighbour.

"We are committed in ensuring that they do not achieve their objective."

Local MPs have given their reaction to the attacks in Paris.

The MP for Northampton North Michael Ellis has tweeted his message to the French people - "We are with you".

On their Facebook page, Bedfordshire Police have expressed their deepest condolences to everyone affected and Hertfordshire Fire and Rescue has tweeted "Our thoughts are with those affected and the emergency services responding."