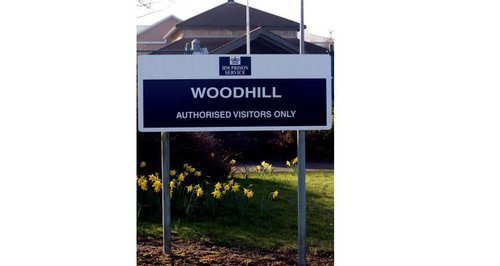 Prison watchdogs have raised concerns after it's emerged NINE inmates have taken their own lives at Woodhill Prison at Milton Keynes since 2012.

Deputy chief inspector of prisons Martin Lomas said: "This was an unacceptable toll.''

A report of an unannounced inspection of the jail near Milton Keynes said levels of violence, including assaults on staff, were "much higher than we normally see in local prisons''.

Inspectors also found there had been impressive progress in providing work, training and education, drug availability was lower than elsewhere and the support given to prisoners at risk of suicide and self-harm was often better than the records showed.

Mr Lomas said: "HMP Woodhill is an improving prison and its very good purposeful activity and good rehabilitation services are better than we have seen recently in many other local prisons.

"Good outcomes in these areas help to create a sense of purpose and hope and reduce frustration and tension.

"Despite this, levels of violence are a significant concern and the number of self-inflicted deaths in recent years has been unacceptably high.The main priority of the prison must be to tackle these two areas.''


The National Offender Management Service said: "HMP Woodhill's made impressive progress in providing work, education, training and support to help prisoners turn their lives around and tackling increased levels of violence and preventing suicides is the top priority for the Governor."

Figures show that there were 89 apparent self-inflicted deaths across the prison estate in England and Wales last year.