Crowdfund Helps Hertfordshire Man After His Wheelchair Was Stolen 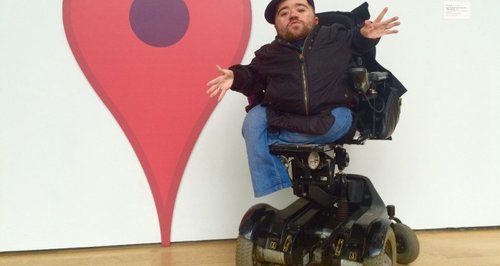 A Hertfordshire man who can only get around using his electric wheel-chair has had his £25,000 kit stolen whilst visiting a friend in London.

A Hertfordshire man who can only get around using his electric wheel-chair has had his £25,000 kit whilst visiting a friend in London.

Dominic Hyams from Harpenden told Heart: "I have brittle bones which means I'm of short stature, my bones break easier than normal people's.

I'm in a wheelchair 24/7 and have been since I first started using them at 2 years old."

Just after it was stolen on Wednesday afternoon, his sister Holly, set-up a crowd-funding page to see if it could help raise money for a replacement.

24 hours on we caught up with Dom and told him the ENTIRE amount had been raised.

He said: "The generosity of people and the good will, the amazing power of people has been staggering.

"It shows those kind of people far outweigh the criminals who decided to steal wheelchairs."

Dominic says he will now go to a specialist to be fitted for a brand new wheelchair.