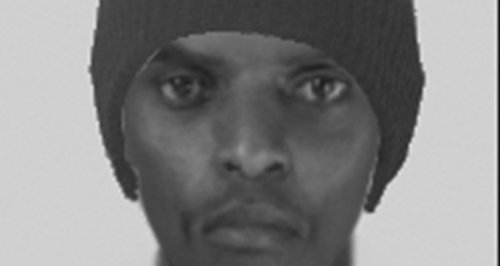 Police have released an e-fit of a man they want to speak to after a woman was robbed in Sarratt.

It happened just after midday on Thursday 23rd April, in Deadmans Ash Lane.

A woman was threatened by a man with a hidden weapon, who then took her handbag before running off.

Police say they carried out an extensive search - but haven't yet been able to find the man.

He's described as a black man with a very thin face, approximately 5ft 8in tall, aged around 35, of thin to medium build.

He was wearing dark blue clothing and a dark blue beanie hat with a lighter blue band around it.

Detective Inspector Phil Moss said: “Thankfully the victim was not hurt but has understandably been left quite shaken by what happened. We are doing all we can to trace the person responsible and I would ask that anyone who thinks they may recognise the person pictured contacts me immediately.

“I would also like to hear from anyone who was in the area at the time and saw anything suspicious.”