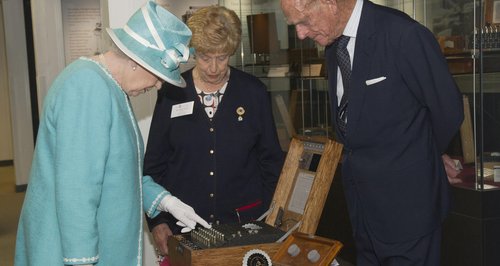 A rare Enigma machine like the one cracked at Bletchley Park has been auctioned for double the price expected.

The machines were vital to the Nazi war effort but the Allies broke the codes - a feat said to have shortened the war by several years.

The work done to crack the codes by Alan Turing and fellow code-breakers at Bletchley Park was immortalised in the Benedict Cumberbatch film The Imitation Game.

Few examples remain as many of the machines were destroyed by German forces as they retreated.

The machine in the sale, which dated from 1943 and had most recently belonged to a European museum, was bought by a bidder on the phone, whose identity has not yet been disclosed.