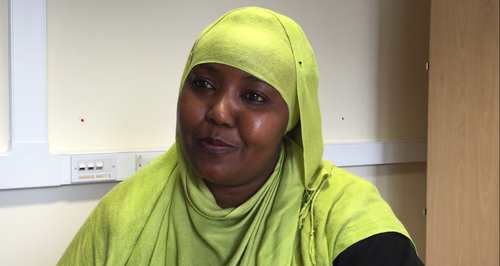 An Obstetrician at Northampton General Hospital's told Heart she sees one to two new mums a week, who've suffered from Female Genital Mutilation.

"I have knowledge of a woman, a few years ago, who was so badly scared that she was not able to push her baby through.

"So she had to have a cesarean section, that was the only way she was physically going to be able to give birth.

"Psychologically these women can have really significant problems.

"There are various things that we do during childbirth, but these are things that involve the vagina, and this can bring back really horrible flashbacks of the FGM procedure."

Northamptonshire Police have launched a campaign to tackle FGM, which is illegal, saying it's "child abuse and it will not be tolerated in this county."

The aims are to encourage schools to recognise the signs early, to prevent it happening, but also to be able to act and prosecute once the procedure has happened.

Zubeda a Dahir from Northamptonshire had FGM done to her when she was just 8-years-old, and living in Somalia.

She's now a mum, and told Heart she will not let the same thing happen to her daughter:

"They locked my shoulders behind my back, and they pulled my legs wide open.

"And they cut me. With a razor blade. No anaesthetic, no nothing."

She told Heart it changed her life completely:

"The people who are doing this, they don't realise that they are damaging some people.

"Like maybe you cannot give birth normally, some people contract HIV, there's a lot of issues, in regard to just one second with a razor blade.

And she told Heart, it's much more common than we think:

"These things do still happen, not even in Northampton, but the whole of Britain.

"It's still working and it's still happening.

"And not even far away, you can get the doctors do it here, when you go to Birmingham, Luton, big cities."